Unfortunately, we don't have any information about upcoming performances of this show. Maybe we can interest you with something similar from the options below...

Alert me on return

THANK YOU FOR THE MUSIC!

You've seen the movies - now find out where it all started when the ultimate feel-good musical goes on tour!

Based around the songs of Swedish pop legends ABBA, Mamma Mia! is a true worldwide musical phenomenon. The feel-good musical is now currently installed in both the West End and Broadway, and has countless touring versions performing across the globe. In 2008 it spawned a movie adaptation, starring Meryl Streep and Pierce Brosnan. Helmed by the musical's original director Phyllida Lloyd, it became the largest grossing movie musical of all time, a feat that sequel, Mamma Mia, Here We Go Again is well on the way to equaling!

The show was originally conceived by English producer Judy Craymer and written by Catherine Johnson. With the blessing of Abba's songwriters, Benny Andersson and Bjorn Ulvaeus, the show premiered in London 1999. It's infectious mixture of classic pop songs, skin tight Lycra outfits and unabashed positivity was a runaway success, confounding the creator's own rather humble expectations. The score contains all your favourite ABBA numbers including Dancing Queen, SOS, The Winner Takes it All and Super Trouper.

Sophie is preparing for her wedding to fiancee Sky on a sunny Greek Island. The one problem is that she doesn't know who her father is. Leafing through her mother's diary, she discovers that it could be one of three men. Taking matters into her own hands, she invites all three to the ceremony, hoping that she'll spark up an instant connection with whoever is meant to walk her down the aisle.

So, the big day approaches and all the guests arrive. Sophie's mother Donna is horrified at the sight of her former lovers, never suspecting that she would ever set eyes on them again. Sophie meanwhile is unable to pick out her biological father from the trio. Confusion, farcical misunderstandings and a whole lot of singing ensues as Sophie tries to figure it out, all the while fighting her nagging doubts about the wedding itself.

The costumes for the Super Trouper sequence are made up of over 400 metres of Lycra.

Two hours 35 minutes including a one intermission

You may be required to have had a COVID vaccine in order to attend this performance or show proof of a negative test. Please contact the venue directly for more information on this.

This is a show that you cannot get close enough to so front row seats are highly recommended.

This is a party and if you're not on your feet dancing along to the big finale then you went to the wrong theatre! 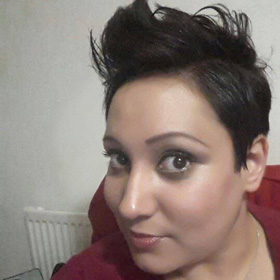 I took my girlfriend to see Mamma Mia last Valentine's Day, we had seats... more

Jim: “A feelgood couple of hours”

I am just about to leave to see Mama Mia with the family for the 5th time.... more

Read all reviews Write a review

Sound good to you? Share this page on social media and let your friends know about Mamma Mia! at Milton Keynes Theatre.

Keep up to date

I want email news and updates for events in my area! Read how we protect your data.

You know the drill, websites need cookies to make them work. Details of how we do it here. Hello! It's probably obvious, but we need to let you know that we use cookies to enable us to run this website and for it to actually work! You can find lots more detail in our Cookie Policy.
Got it!